Busy Grandmother of 14 receives the gift of hearing this Christmas

Campaign for Better Hearing Restores Michael’s Confidence in the Workplace

Symptoms of hearing loss can be as simple as turning up the TV too loud or asking someone to repeat themselves. Hearing loss often leads to stress, loneliness and social anxiety. Hidden Hearing’s “Give Back” programme, an important part of The Campaign for Better Hearing is on course to improve the hearing health of those who need an audiological boost.

Michael Corrigan from Ringsend Dublin was recently nominated to be the Artane recipient of Give Back Programme for the Campaign for Better Hearing by audiologist, Barry Douglas and audiological assistant, Anita Redmond  with Hidden Hearing.

Michael is “the type of person who has never asked for anything back, he was in the Irish army, he volunteers with his local soccer club, he volunteers for other charities” says Barry. 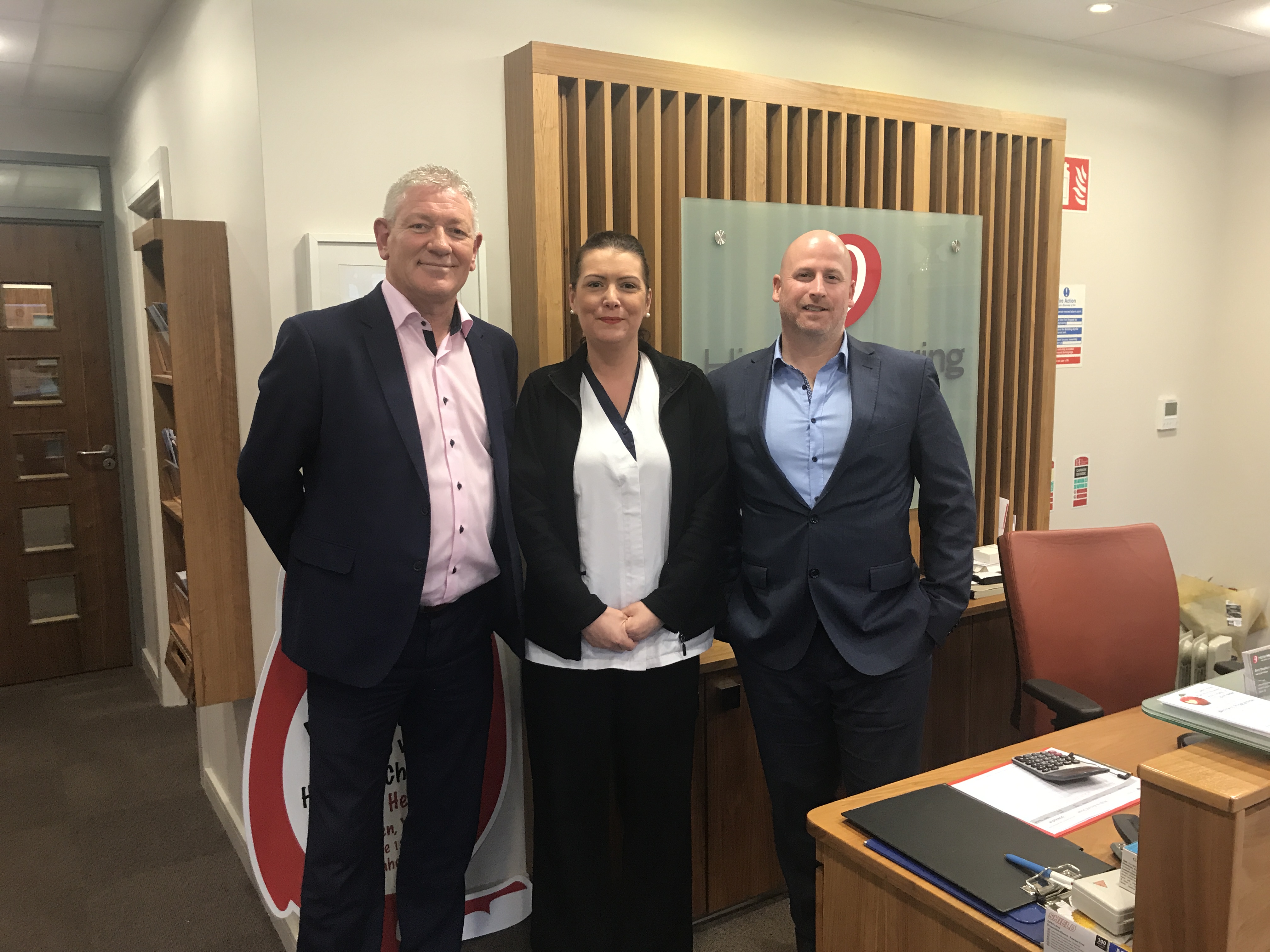 Michael’s hearing issues began during his time in the Irish Army. When they were out in the shooting range, they never wore ear protection but instead, they ‘shoved rags in to lessen the noise & ringing’. Hearing can be damaged by prolonged exposure to noisy environments and by infections, although, most commonly, it simply deteriorates with age.

Michael said: “I had been avoiding the subject of my hearing for many, many years, it was particularly annoying for my kids and me to keep saying what, pardon? each time they would speak to me. The missus in the end made me go and get a hearing test to see where my hearing was at to see as it had been ongoing for years. I’d say she had just had enough.”

Barry and Anita’s nomination of Michael has had a significant impact on his life. Needing to turn up the TV or radio volume, feeling that people are mumbling more, and having to ask for things to be repeated are the first obvious signs of hearing loss, people may experience social isolation and depression because of untreated hearing loss. Michael couldn’t believe he had been nominated to receive new hearing devices.

“I started to cry because I knew that these were the best of the best and they were what I really needed. These hearing aids are life changing.”

About Campaign for Better Hearing

Free hearing testing is available in over 80 state-of-the-art Hidden Hearing clinics throughout Ireland, as part of the “Campaign for Better Hearing” which was launched earlier this year by Daniel O’Donnell and Majella O’Donnell, proud supporters of the Campaign for Better Hearing. The campaign aims to improve the hearing health of the communities around the various Hidden Hearing branches nationwide.  Education and information in relation to prevention and treatment, as well as hearing aid technology, is also part of the year-long hearing health campaign.

Around *86% of hearing loss in Ireland is untreated, for various reasons; an element of which is the perceived stigma at wearing a hearing device.

*Hearing loss is shockingly prevalent in Ireland. In fact, 1 in 5 adults suffer from at least a mild hearing loss. Even among younger adults ages 18- 24, they are showing early signs of noise induced hearing loss. By the age of 55 ¼ of the population report a significant deterioration in hearing and by 65 this rises to 1/3.

In the region of 100,000 people may be risking the knock-on physical and psychological impacts of untreated hearing loss, which recent research has shown to include social isolation, depression, dementia, diminished heart health and stroke.

According to Hidden Hearing, Marketing Director, Dolores Madden, over half the population between the ages of 60 and 80 are likely to have measurable hearing loss.

The Give Back Programme, which is an integral part of The Campaign for Better Hearing sees all branches of Hidden Hearing nominate a member of the community to get a free hearing device fitted. Hidden Hearing want to drive the message of the importance of good hearing and improve hearing health in those who they feel need it, because life is worth hearing.

Free hearing testing is available in over 80 state-of-the-art Hidden Hearing clinics throughout Ireland, as the healthcare provider drives home the message that taking care of hearing is essential, not least because life is worth hearing!