Ageing is the most common cause of hearing loss, with regular exposure to loud noise a significant factor in people under the age of 60.  Infections like mumps, shingles or meningitis can also cause hearing problems, as can damage to the inner ear in an accident or trauma.

Less frequently, birth defects cause people to be born with poor hearing, and underlying disease or a genetic problem, and very often the drugs used to treat it, will affect hearing.

For Sylvia Stewart from Brackenstown in Swords, underlying autoimmune conditions, including Graves’ disease, has seen both her hearing and eyesight suffer, along with other quite debilitating symptoms.

The Dublin mum is however a fighter, and seeing the struggle she faced with both Graves’ disease and the chronic pain condition, fibromyalgia, her local Hidden Hearing clinic in Malahide stepped in with some hi-tech invisible hearing aids that have given her a new lease of life.

“I feel like I have won the lottery and know that this is going to be life-changing for me.  You don’t realise how cut-off and vulnerable you feel when you can’t hear properly.  I was very depressed and I couldn’t see a solution, but now that has all changed for me”, Sylvia says.

The free hearing treatment and new devices are part of the ‘Give Back’ element of the Campaign for Better Hearing, launched earlier this year by Hidden Hearing.

Sylvia Stewart says she copes so much better now with all her symptoms, having had her hearing effortlessly restored.

“I couldn’t believe it when I saw the tiny hearing aids; they are practically invisible, so I am totally confident with them.  I can’t even feel them, and yet I can hear again.  If Yana in Hidden Hearing hadn’t nominated me for the Campaign for Better Hearing I just wouldn’t have been able to afford such amazing devices”.

The mum-of-two trained as a beauty therapist and worked on board cruise ships for years, travelling the world.  When she settled down and had her two sons, now aged 13 and 10, Sylvia noticed her hearing worsened around 2009, after the birth of her second son.

It was slight at the start, but over time became much worse, and fluctuated in line with the progression of her Graves’ disease, she explains.

“Graves is an autoimmune disease that results in an enlarged thyroid.   Hearing loss is common with thyroid disorders, although the workings of your whole body are actually affected, and it can be very stressful”, Sylvia says.

Zoryana Greskiv is Sylvia’s audiologist in Hidden Hearing in Seabury, Malahide, and she says that, with poor general health, being able to solve Sylvia’s hearing difficulty was a privilege.

“Sylvia is a very brave woman, a wonderful mother, and she doesn’t give herself enough credit.  She has unilateral low frequency hearing loss that usually comes with genetic problems, and is also probably linked to the various high dose medications she has to take.

She has plenty to cope with already, so restoring Sylvia’s hearing and supporting her ongoing treatment is a pleasure for us”, the hearing specialist says.

The Dublin woman is particularly looking forward to better supporting Jamie, her 13-year-old son, who is a top dancer.

“Jamie is heavily involved with dancing and competitions, so I’m always around music and cheering, but not quite picking up on things.  I just can’t wait to see the difference now”, Sylvia’s laughs.

Jamie has qualified solo three times for the world championships, and won the 2016 All Ireland dance championship in Belfast.   He has a room full of trophies, but having been selected to dance in Disney land in America is one prize he’s particularly looking forward to, his mum says.

For herself, with her new-found confidence and optimism, Sylvia is hoping now to start yoga, as it is minimal impact won’t affect her joints as much.  She worked as a carer up until recently for Alzheimer’s patients, but had to take a step back from that.

“I may even go back to beauty therapy, and do part time work, when my health stabilises”, she says.

“I’ll never stop fighting; things could be a lot worse, just seeing what some people go through.  I can cope, and I will take it one day at a time”, the brave mum says.

Surprisingly, around *86% of hearing loss in Ireland goes untreated, for various reasons, even though 1 in 5 adults suffer from at least a mild hearing problem.

According to Hidden Hearing Marketing Director, Dolores Madden, over half the population between the ages of 60 and 80 are likely to have measurable hearing loss.

“Of all the senses, hearing fundamentally affects our quality of life and has important health and safety implications.  Hearing loss is a simple fact of life, as we age, and needs treatment like any other health condition.

Good hearing facilitates communication, social interaction, relationships and day to day activities.  It also means we are alerted to danger and more conscious of it”, Dolores Madden explains.

In the region of 100,000 people may be risking the knock-on physical and psychological impacts of untreated hearing loss which, Hidden Hearing reports, has been shown to include social isolation, depression, dementia, poor heart health and stroke.

Hidden Hearing’s Campaign for Better Hearing is fronted by Daniel and Majella O’Donnell and aims to educate people about taking care of their hearing, just as they would look after their teeth, eyesight, blood pressure or cholesterol.

The campaign encourages everyone over the age of 50 to have a free hearing test in one of the 75 Hidden Hearing clinics throughout Ireland, and the Hidden Hearing “Give Back” programme fits complimentary hearing devices for deserving recipients. 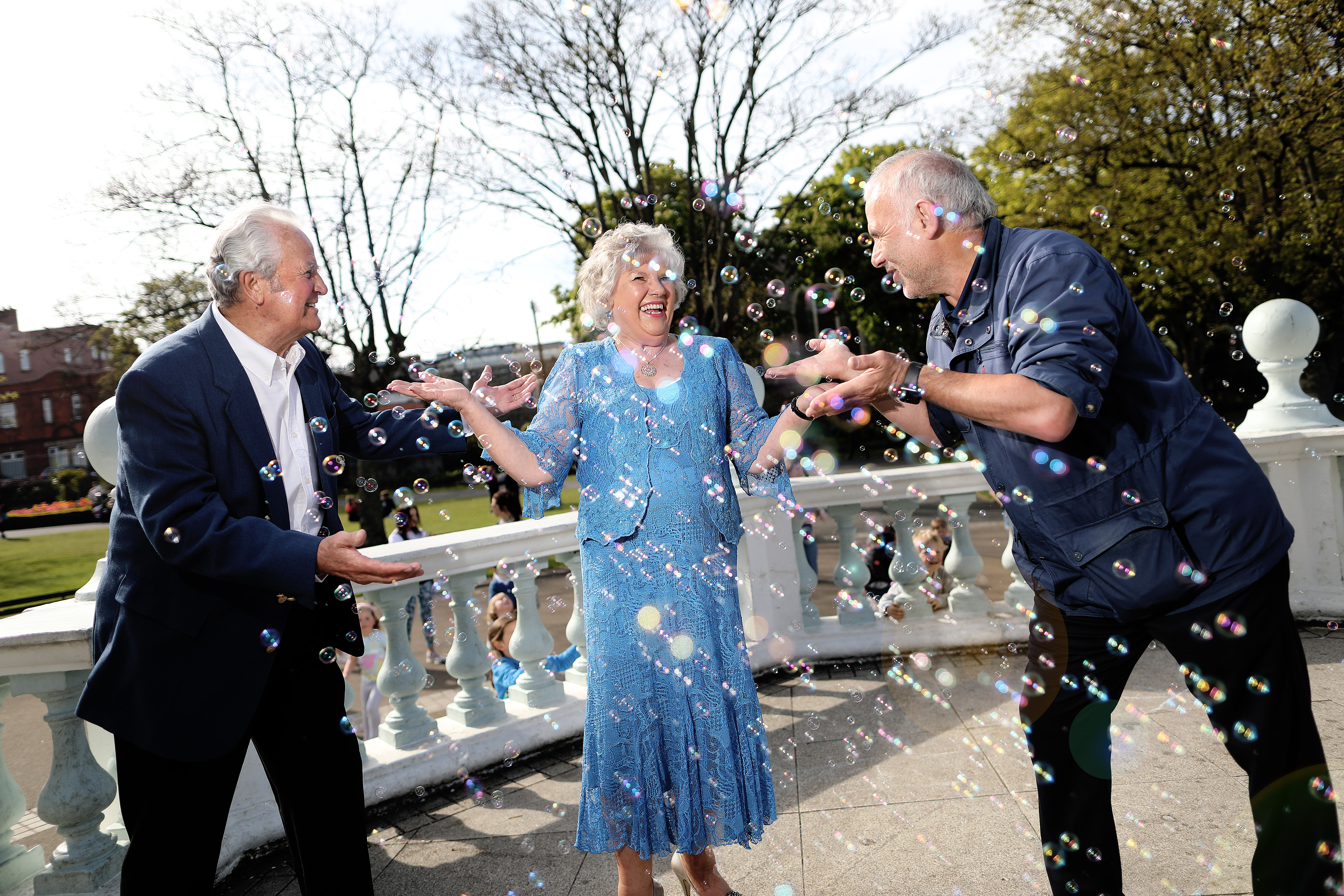 Irish Audiology Specialists Give the Gift of Hearing 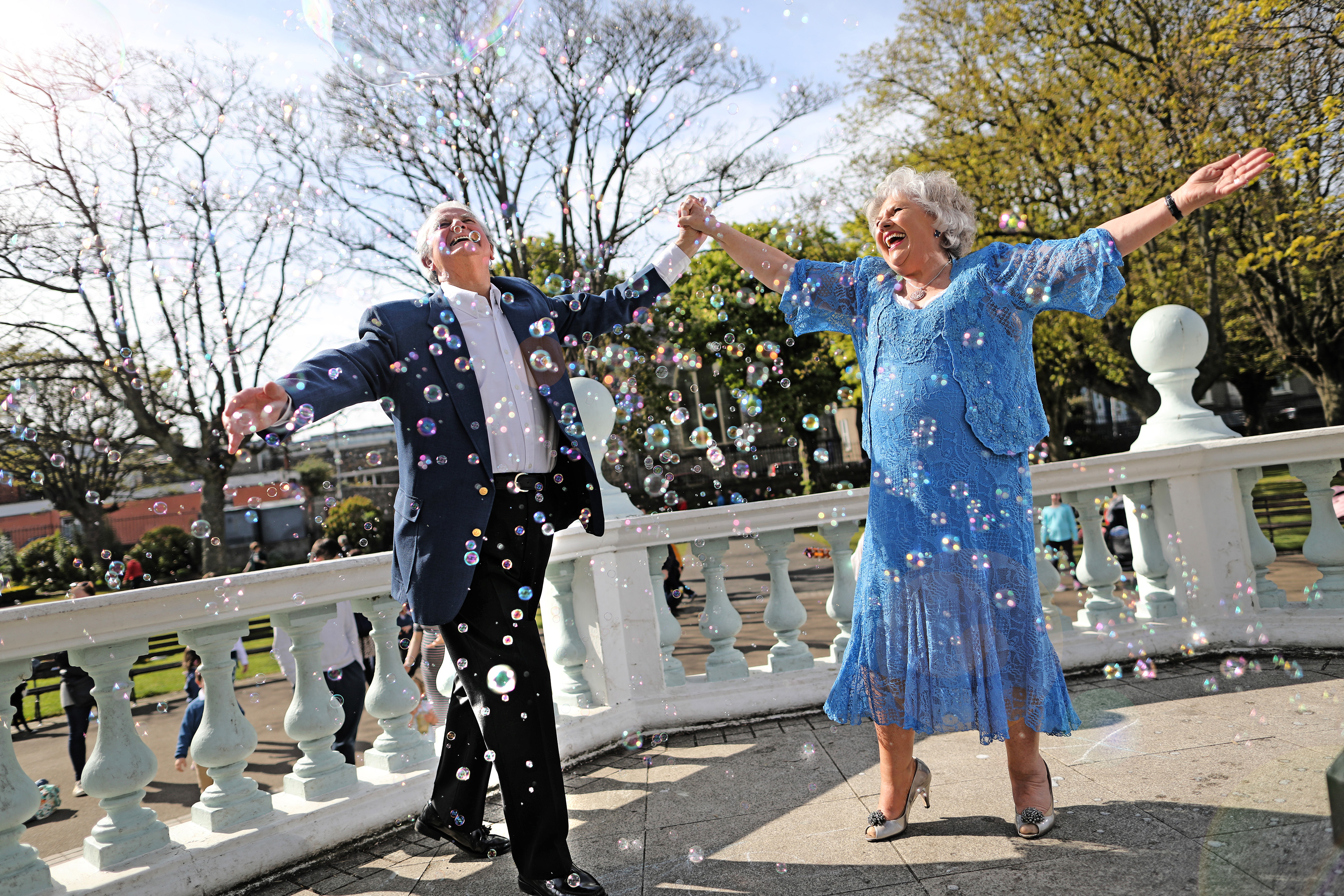 Time to Burst the Bubble! Hidden Hearing Encourages Public to Connect Through the Joys of Sound This Summer